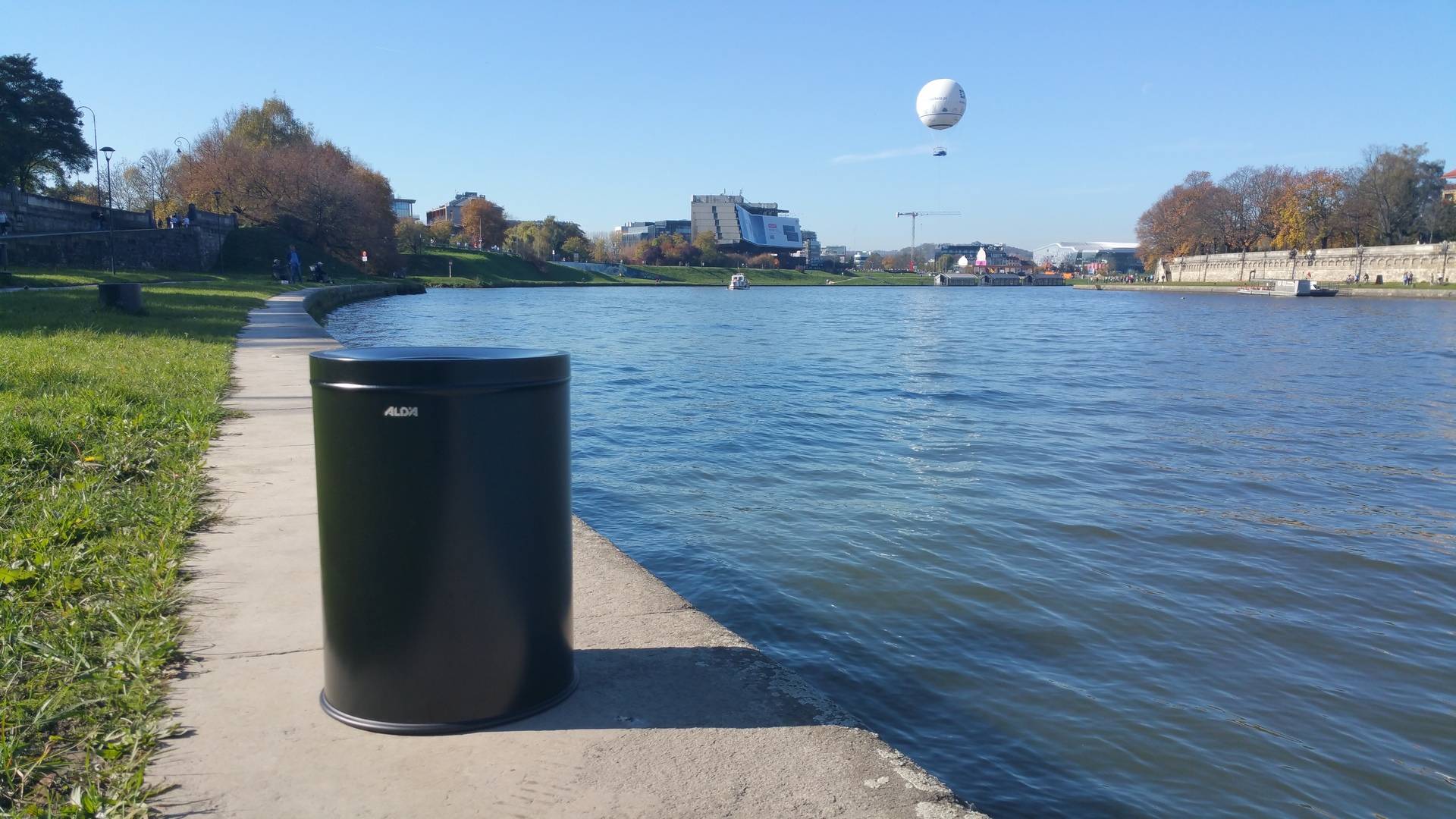 I’ve visited ToC practitioners roadshow 2019 organized by ToC+ Institute earlier this month in 5 cities in Poland. I wanted to share my experience after touring Kraków and Warsaw editions. Those who were absent can start regretting the decision not to go. 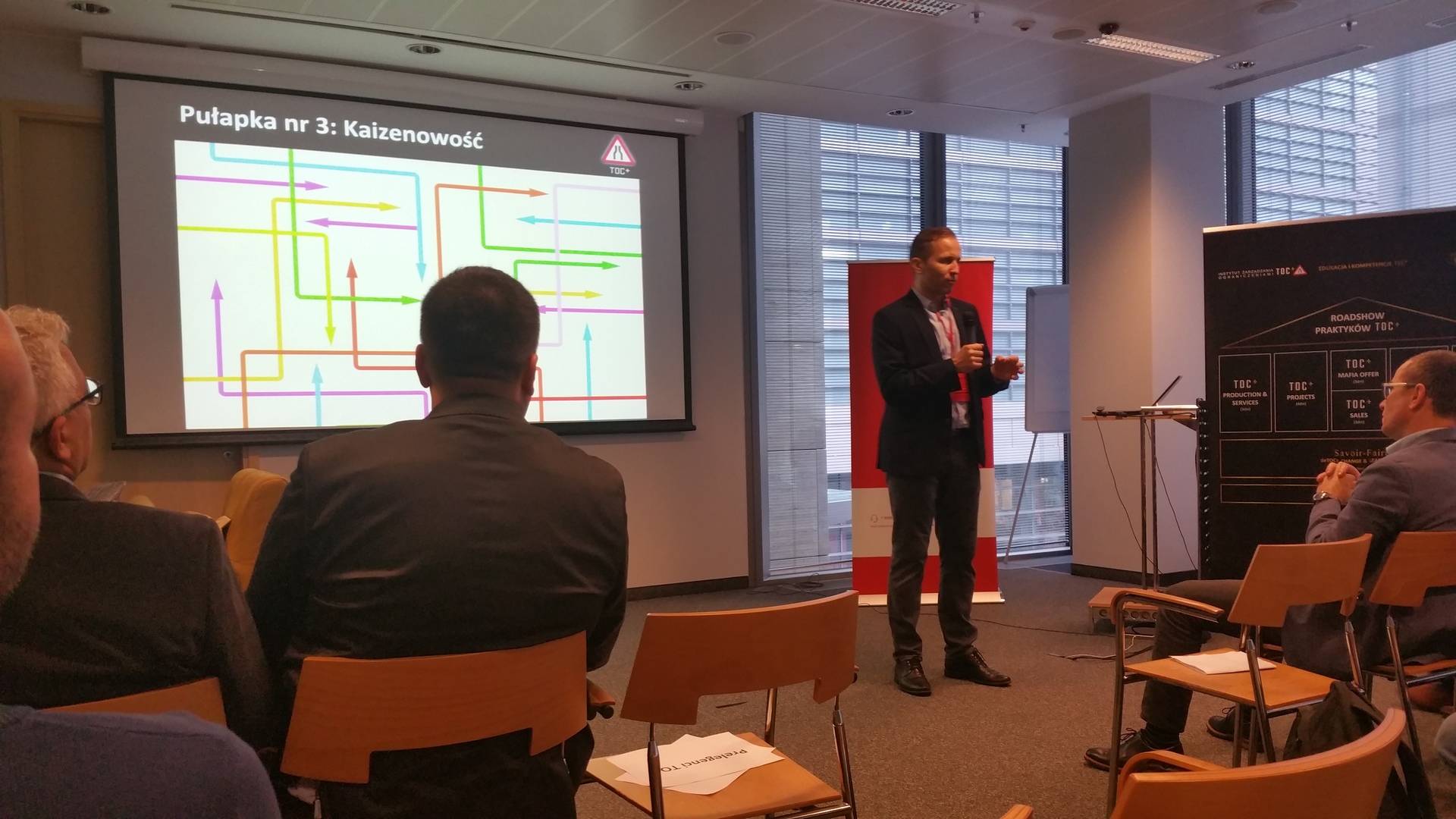 Mr Paweł Schmidt, who knew Mr Goldratt in person, is opening an event in Warsaw.

“It’s only in the books” argument killed

This is the biggest value of this event. Usually when you discuss ToC with somebody the first argument and resistance to change is an excuse similar to the following:

Awesome book! However, it’s only a theory - an ideal world presented in the book. Reality is different.

This argument gets killed after visiting the roadshow. You can listen to all the presentations, you can ask questions, probe the speakers both publicly or in person.

It’s real. First-hand accounts. The world presented in Goldratt’s books gets incarnated in all case studies presented. The patterns and mechanics of Theory of constraints are very visible and clear. I mean here e.g. “subordinate everything to the constraint” rule - see list of cases below to see what it does mean in practice. 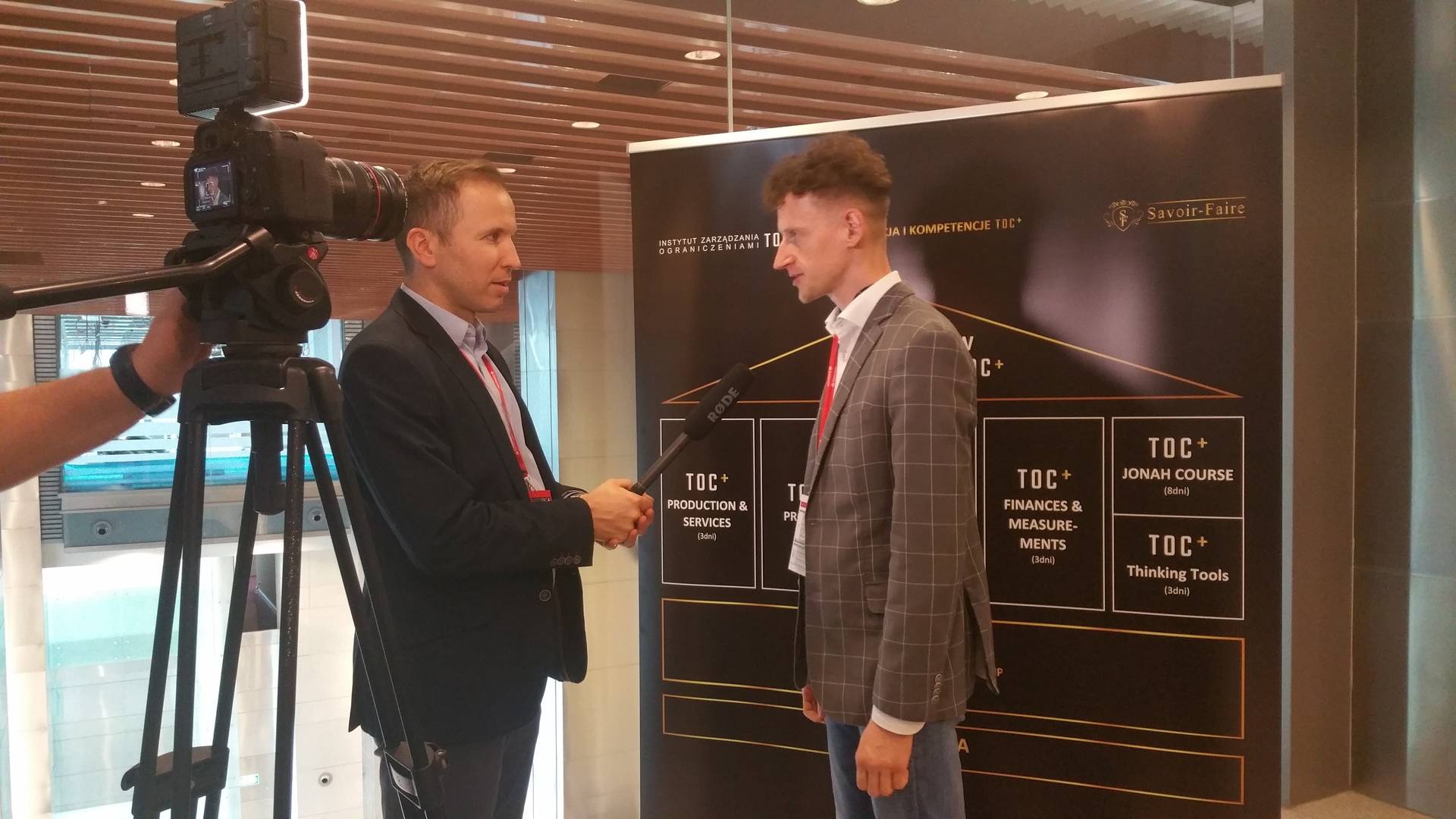 Recording a video with the point expressed above.

It was extremely helpful to see a very broad scope of ToC applications. I’ve listened to 6 case studies and all presented by top managers or business owners. Most of the stories come from recent months including cases where year ago an implementer knew nothing about ToC.

In each case speakers were forced to work themselves in the very work centre being a constraint in his organization. Imagine a thin company director working a full shift on an exhausting machine in a big factory :) Perfect example of the “subordinate everything” step of ToC.

Speakers were asked interesting questions, revealing many, sometimes shocking, insights about the process of applying Theory of constraints:

To name a few! 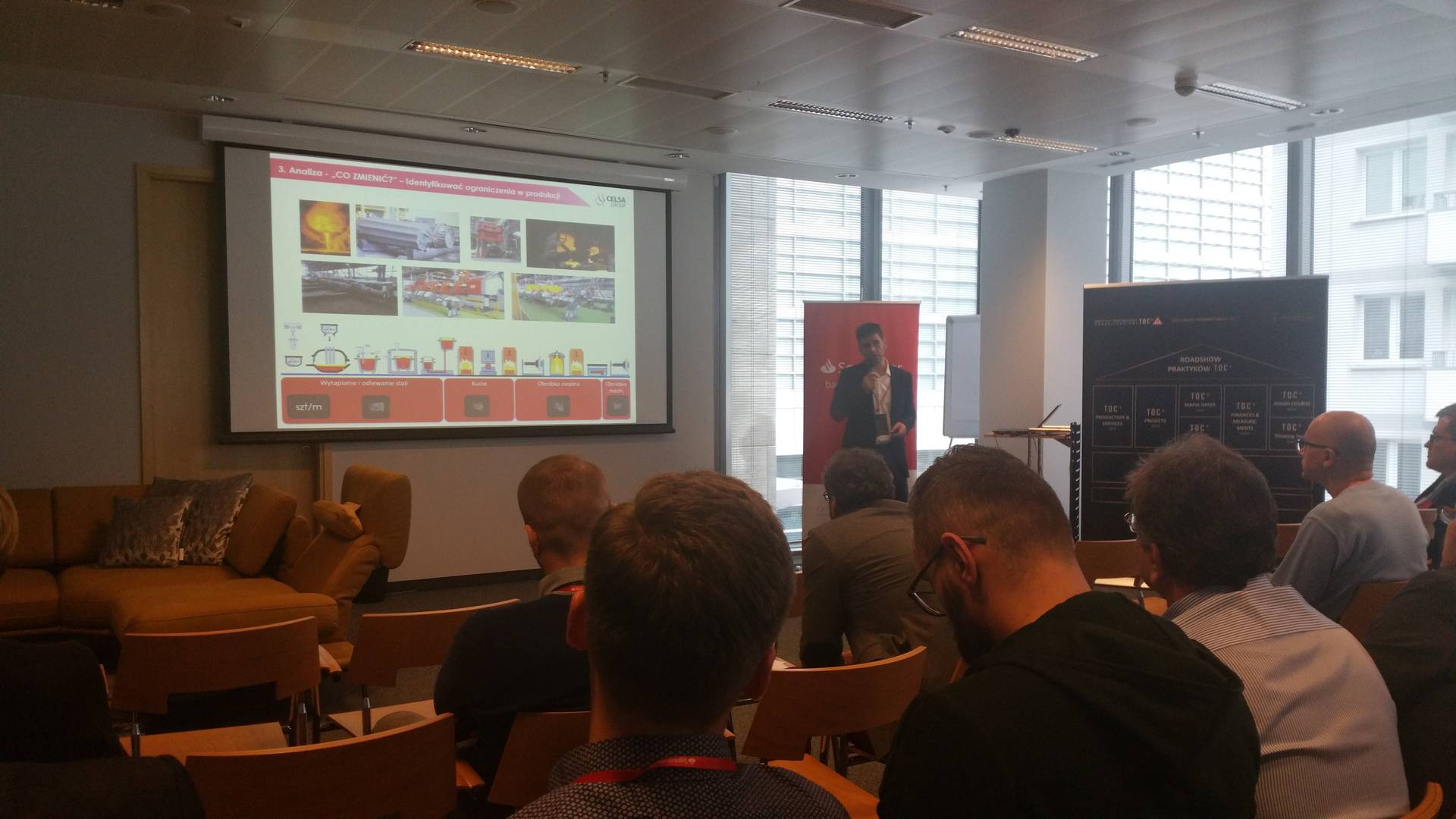 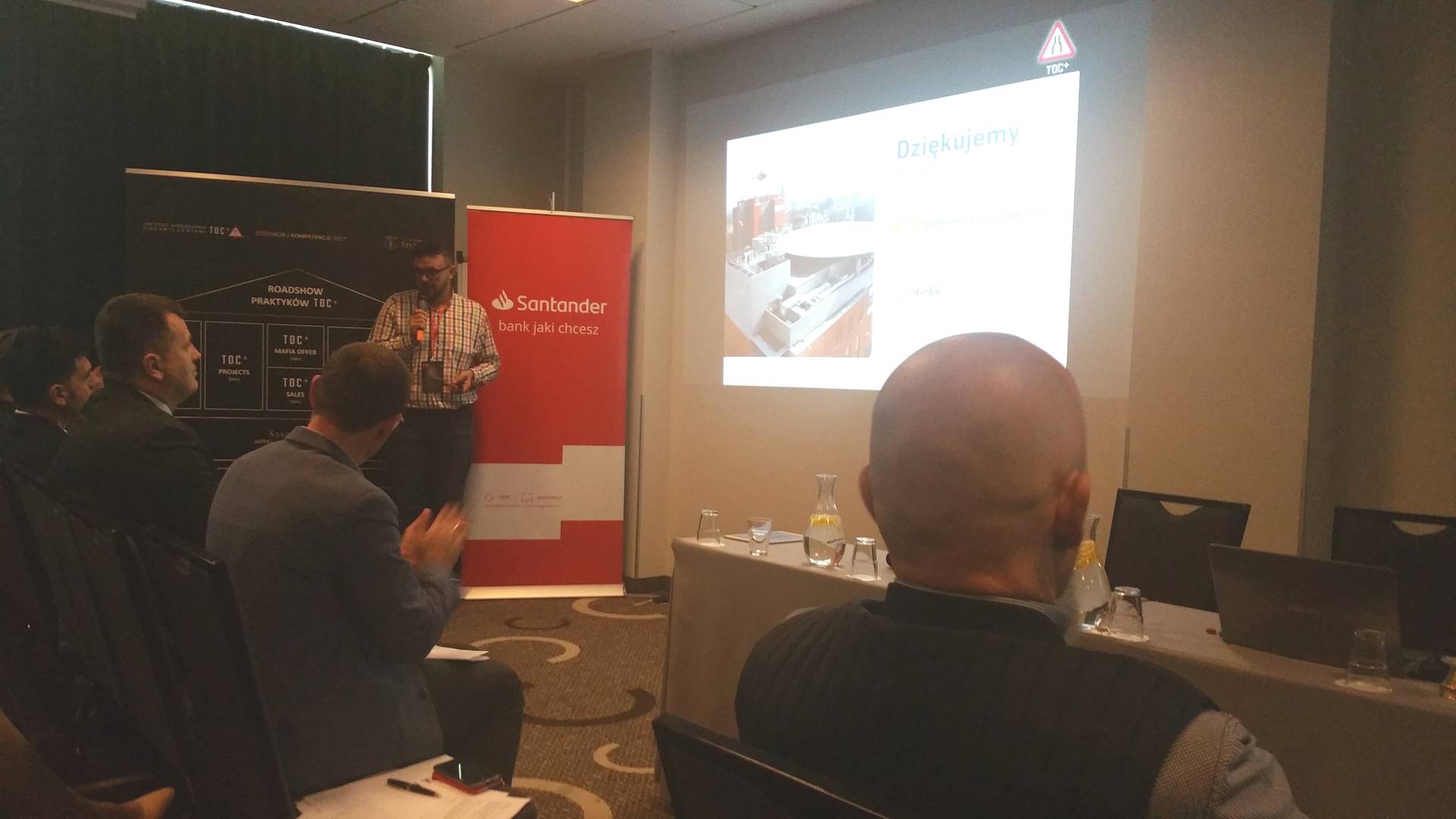 I also had a unique chance to participate in a “Change and leadership” workshop run by Joanna Drucka - Podbereska from ToC+ Institute.

It was a decent portion of new knowledge, very interesting discussions with the trainer and participants followed by a lot of inspirations and self-reflection. It opened my eyes on a few topics related to driving change.

The event was a very rare experience to get networked with new people interested in the topic. It gathered a lot of people being familiar with ToC. Almost everyone I spoke with has read The Goal book already.

Networking was very well supported by:

What was the only problem for me is that the event was in polish only. This was problematic as, working in an international company, it limits the number of colleagues I could engage to go to the event. On the other hand I do understand this, as it’s difficult to find speakers and preparing a speech is very time consuming - especially in a foreign language.

Despite the issue above, The Roadshow was an unquestionably very beneficial networking event. 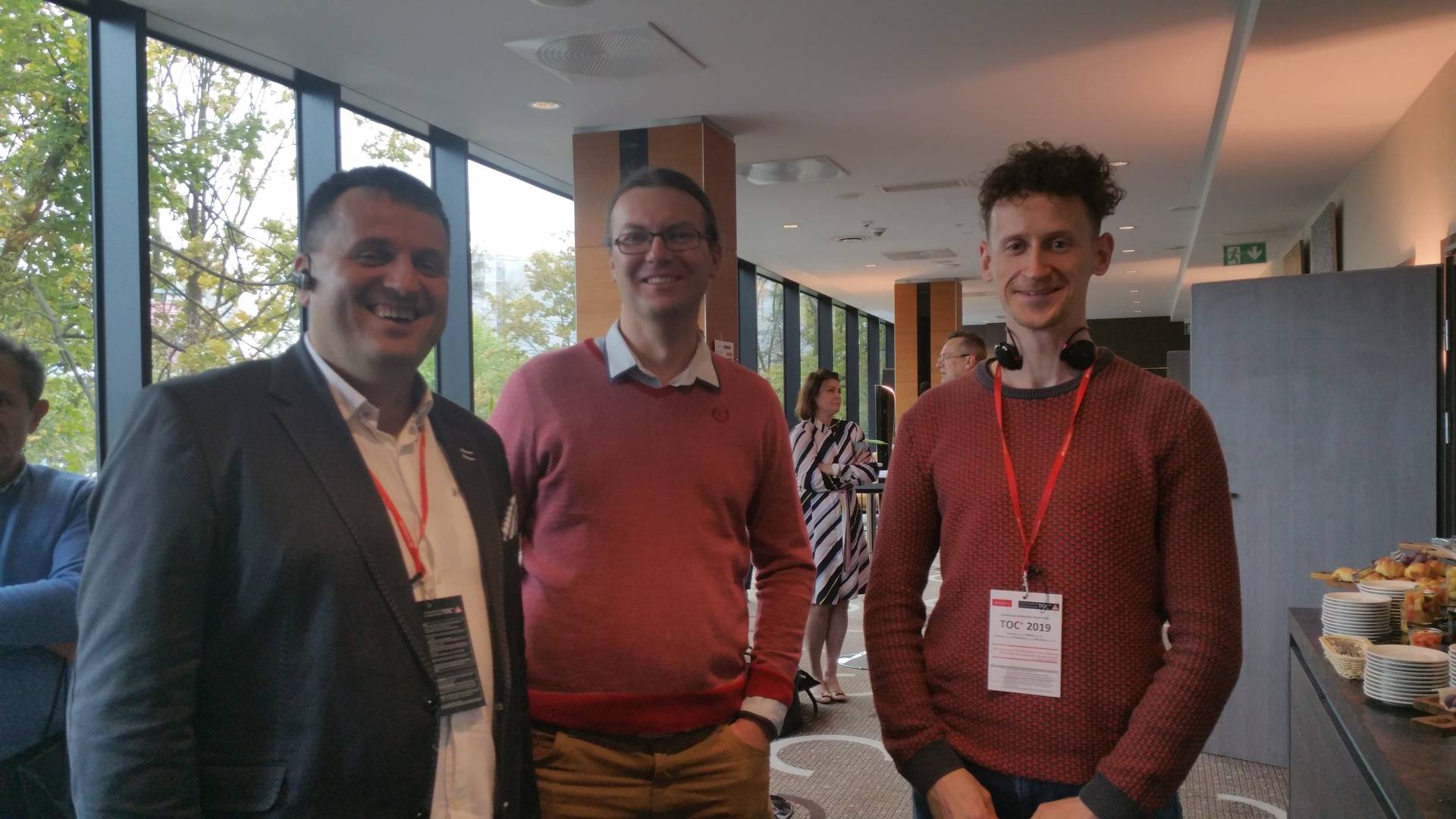 Inside networking area in Kraków edition.

There were a lot of funny situations during the event. Both in the networking area and on the stage. My favourite was a business card draw. One of the awards was real bare metal indoor bin! It is special as it was produced in the factory managed by Wojciech Maziarz who successfully applied ToC in sales.

In Kraków edition, the man collecting gifts confused gadgets and took a normal bin from the corridor - together with garbage inside! It has happened as all the bins in the hotel was from the very same factory! It was discovered quite late - when the gift was being handed to the winner :) 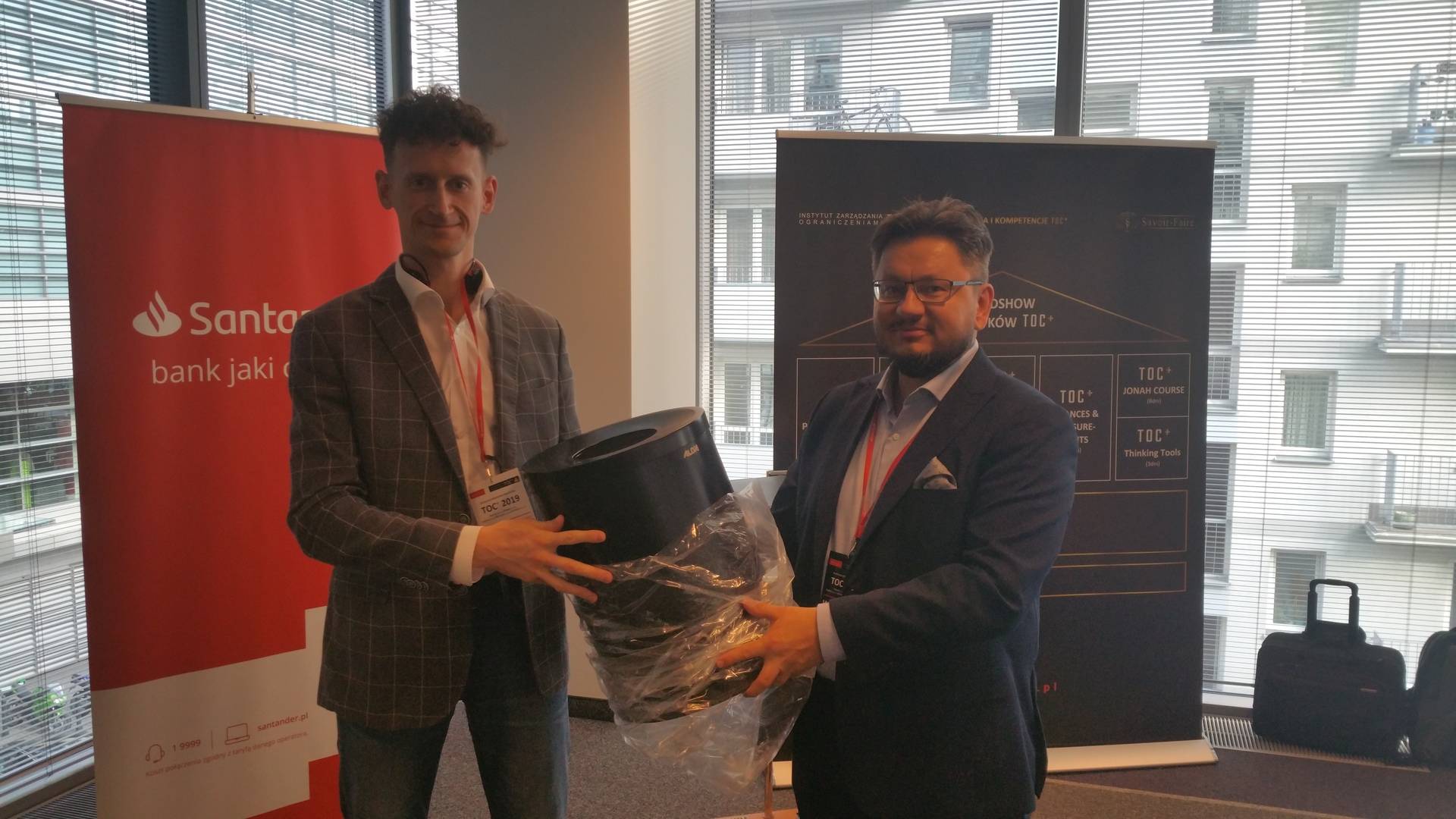 …to me! Brand new in this case. Proud of myself! Not a small one and I had to take it back to Kraków by train. 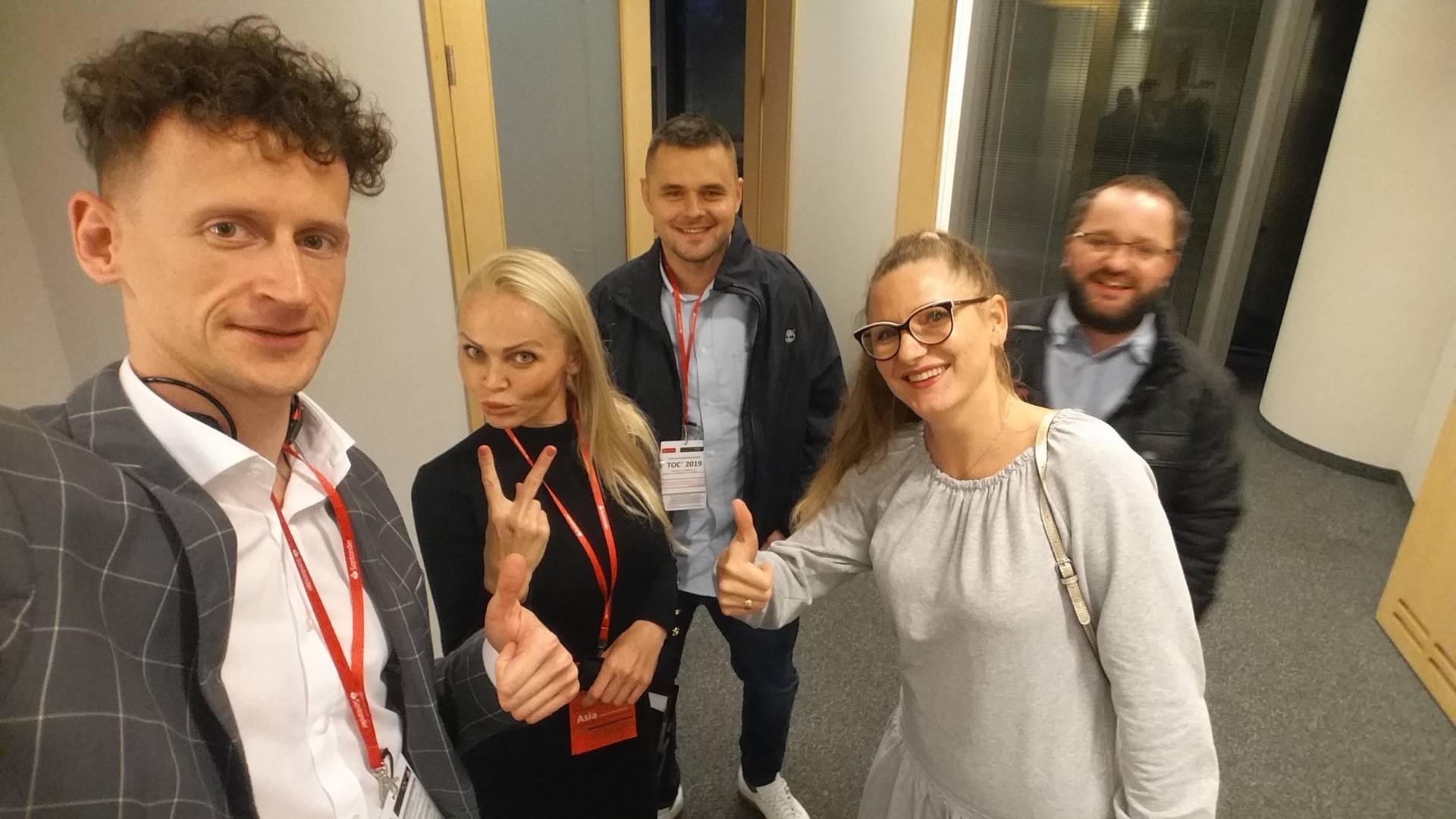 Selfie with Joanna Drucka - Podbereska and one of the last attendees leaving the event :)

You should check out those people and their ToC+ Institute.

Thanks to all speakers for giving great motivational and inspirational speeches! For testimonials proving that Mr Goldratt was completely right!

Developers! ToC is the primary building block of DevOps movement. If you want to work in an environment that employs ToC and other DevOps principles in daily work contact me via LinkedIn or apply via Tagvenue’s careers site!

If you are an IT professional interested in ToC and want to talk/meet, to exchange experience, in Kraków or Warsaw, then contact me on LinkedIn. I am applying this know-how into my daily work.

I am currently working an a blog post series and a conference speech (see CodeteCON and PHPCon) dedicated to software developers. It explains ToC using kebab restaurant as an example. :)